From the day Wayne Macdonald bought his first Triumph T595 in 1997 his greatest wish was to be able to modify the tune in the bikes ECU himself. If the dealer couldn’t do it, then he would.

After years of reverse engineering the code, using every spare moment of the day, he finally conquered the Sagem ECU and a miraculous new tool for bike owners was born. Word spread through the Internet of his successes and his software is now available to one and all – people near, and too far from a dealer. No more long rides to the dealer to get an error code cleared. People can now do it themselves… and much, much more.

TuneBoy is all about helping you look after your bike yourself. It is also about letting YOU tune your bike. AutoTune software is progressing to cover as many brands as possible to help the end user build custom maps for their bike, whether it is a stock standard bike or something with a little more “bling”.

Wayne still continues to battle his way through the different manufacturers ECU’s to add support for yet more models. The list is growing each day. 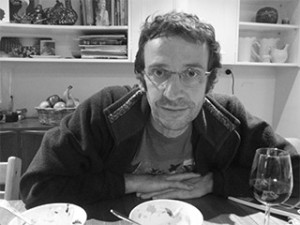 Born in New Zealand. Ran away to Australia in 1985 and never went home. Wayne is a computer programmer. He built his first motorcycle when he was 10 years old, using an old cement mixer engine, a bicycle frame and a piece of string for the throttle. A keen cyclist you can see him out most days on his bicycle in the Hills of Sydney.